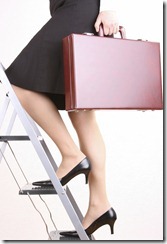 The number of women in executive roles has languished around the 10% mark for the last ten years or so.  A recent survey may hold a key to why this is so.

The latest survey just released by Executive Women Australia (EWA) shows that many women believe male-dominated referral networks are so active and endemic that they constitute a real barrier to advancement for women.

Around 2/3rds of professional women in Australia still believe they are limited in progressing to executive roles because the ‘boys club’ mentality still determines succession and as a result, those networks have little experience in dealing with female top executives.

“Many senior roles are filled via referrals, and the reality is that the current field of executives is dominated by men. This creates an ongoing employment cycle that excludes women, and limits transparency in the recruiting process.

So stated EWA director Tara Cheesman. Executive positions on average become vacant every three years , and leaders tend to look within or to their networks to fill roles.  Arguing the point, “When the boss comes and says ‘Do you know somebody great for this job?’ they think ‘If I can do this job, he can do it. If I get along with this person, he will fit in too’,” Cheesman said.

Based on the opinions of some 500 EWA members, women also believe men are better self-promoters than women. Many ASX 500 employers haven’t had female executives previously as demonstrated by the fact that of today’s  ASX 500 companies, only one third have a female executive at board level.

Finally, less than 2% of survey respondents believe the new Workplace Gender Equality Act will make any impact on the ‘glass ceiling’.

Get Free Online Storage – Take Your Files With You Anywhere

When you sign up through this link I will receive extra storage space for free - and so will you!

How To Get In Touch